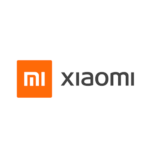 The Mi Note 10 was the first phone to be announced with a 108MP camera, back in November of last year. Nearly 6 months later, Xiaomi put out a Lite version, and that one is here with us for review.

The Mi Note 10 Lite shares the vast majority of its components with the non-Lite – the chipset is the same midrange Snapdragon 730G, the 6.47 AMOLED display is here too, the battery is the same capacity at 5,260mAh. So where’s the Lite-ness coming from?

Almost exclusively the camera system. And it’s a whole bunch of downgrades, too. The Mi Note 10 Lite swaps out that standout 108MP module for a more modest 64MP one while the 20MP ultra-wide has been replaced with an 8MP module. The telephotos are gone – both of them, so there’s no telephoto camera on the Lite. The stripped down phone does have two more cameras, a 2MP macro and a 5MP depth sensor, but we’re hardly fans of those.

Over on the front, another camera substitution awaits – the 32MP selfie shooter of the Note 10 has been replaced with a 16MP one.

And that’s really it. Looking at the specsheet, the Mi Note 10 Lite is effectively a Mi Note 10 for those who don’t put such a strong emphasis on photography, but who can appreciate a competent midrange package at a lower price point than what all those cameras mandated on the non-Lite. Here’s that specsheet before we move on.