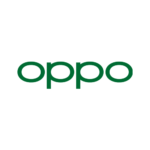 Oppo has refreshed its mid-range A-series in order to keep up with competition. The new A9 2020 boasts of four rear cameras, a capable processor, and a big battery. It offers a few neat touches such as reverse charging, stereo speakers, and a taller-than-usual 20:9 display. This phone is a bit bulky and difficult to use but it looks slick.

The Qualcomm Snapdragon 665 processor is now quite common on phones that cost less than the Oppo A9 2020, which is particularly a problem for the higher priced variant. You get 128GB of storage and either 4GB or 8GB of RAM, but competitors have more powerful models with better features and looks at the same price as the 8GB RAM variant.

The screen is decent, and while the HD+ resolution is a bit disappointing for general use, it does help heavy games run relatively better. Oppo’s ColorOS skin has plenty of features but there’s a lot of bloatware and notification spam.

We found that two of the four rear cameras are only used for specific portrait filters, which means you don’t get as much versatility as you might expect from a phone that boasts of a quad-camera setup. The main 48-megapixel camera does take very good shots though.

Overall, the Oppo A9 2020 is a mixed bag with some good capabilities, but other companies have much more to offer at around the same prices.

Be the first to review “Oppo A9” Cancel reply